My New Promotion: A Life of Grace

“As each has received a gift, employ it in serving one another, as good managers of the grace of God in its various forms.” (1 Peter 4:10)

What a beautiful verse from Peter, a man known for being more than a little rough around the edges. This fisherman-turned-fisher-of-souls struggled with his promotion. In fact, after the One he followed was repaid for a ministry of love, service, and healing on a lonely cross, Peter returned to what he knew. He went back to fishing. Yet, having been promoted to a new ministry, the fishing experience was simply not the same, and the catch was disappointing.

Once Peter began to grasp that, as promised, Jesus defeated death, the grave, and the power of sin, Peter regained a sense of purpose, and he was ready to give his own life for the sake of Jesus.

Peter’s life was transformed through a relationship with the living God. Not exactly known for his social graces or interpersonal skills, Peter’s heart clearly softened after his transformation. He became interested in others’ well-being and the state of their hearts and souls. Peter embraced his new calling as God's ambassador of grace, and his focus shifted from earthly things to eternal things.

“As each has received a gift,” said Peter, “employ it in serving one another.” He understood that all gifts come from above for a reason. Our gifts are not for hoarding, and they are certainly not for boasting. We are to serve one another with our gifts.

Peter reminds every follower of Jesus that we’ve been promoted by the King. Our gifts have eternal purposes. Peter calls us to be good “managers of the grace of God in its various forms.” As servants of Christ, sent by Him to finish His work on earth, we are managers of God’s grace.

We are not called to be managers and manipulators of people or events. Peter says that we are to manage God’s grace, dispensing it in season and out of season. Like a river bringing sustenance downstream, we've been given a gift ... to share.

God has entrusted His grace to us; this calls for good stewardship.

God’s grace, God’s unmerited favor that flows from the love He’s lavished on us, is the gift that keeps on giving. As we share God's love with others, their ability to love increases. When we share a smile and offer kindness to a stranger, God's love is manifest. When we give without expecting something in return, the recipient experiences God's grace flowing like a river. 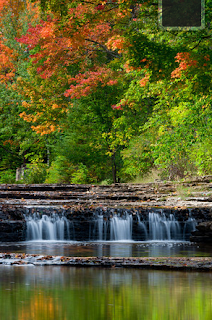 As when we love others, God's grace multiplies when it is shared. Here are a few more thoughts on grace:

"One who loves a pure heart and who speaks with grace will have the king for a friend" (Proverbs 22:11).

"For the law was given through Moses; grace and truth came through Jesus Christ" (John 1:17).

"With great power the apostles continued to testify to the resurrection of the Lord Jesus. And God’s grace was so powerfully at work in them all that there were no needy persons among them" (Acts 4:33-34a).

"For sin shall no longer be your master, because you are not under the law, but under grace" (Romans 6:14).

Like Peter, we've been promoted. We are instruments of grace, love, and peace. Let us embrace our promotion and become willing ministers of God's grace, spreading His goodness and love in this broken world.